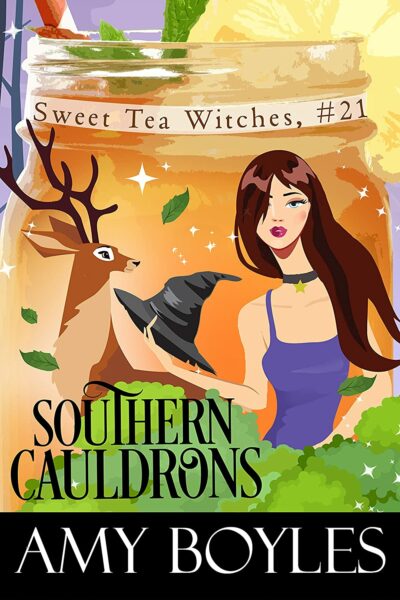 Everything is going great in Magnolia Cove. Well, almost great. There’s a new sheriff in town and he’s more like a pirate than a law enforcement agent. He’s made it known that if folks don’t do as he says, well, they’re going to jail.

Nobody likes that. Not one bit.

So when a mysterious stag appears in Magnolia Cove, everyone is interested. Some only want to see the stag. Others want it for a trophy on their wall. All Pepper Reign wants to do is protect it, but not everyone feels the same way. With hunters, poachers, and animal right’s activists all vying for the stag’s being, it’s no surprise that someone winds up dead.

And the new Sheriff Pirate is convinced that everyone is a suspect, but he particularly doesn’t like Pepper.

To keep him off her tail, Pepper will have to go door-to-door to find the killer, all while managing her teething baby and attempting to keep Grandma Betty in line. Goodness knows, that’s impossible.

But can Pepper do it? Or will this new Sheriff Pirate haul her into jail?