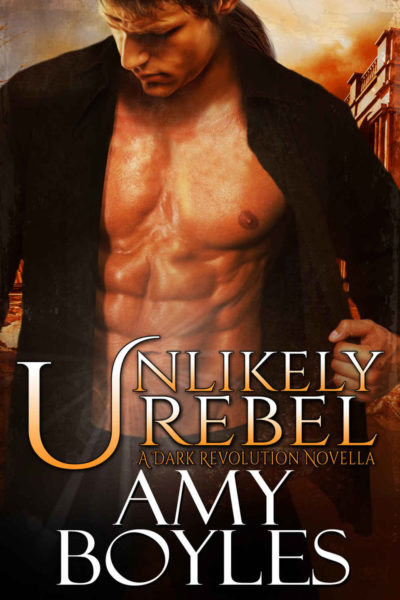 The series that readers are saying will “raise your hackles, raise your heartrate and keep you reading.” —Amazon Top 500 Reviewer

What happens when you’re forced to live in the past?

The year is 2087. The world’s oil supply is gone and the United States government has fallen to a group known as the Patriot Party—a faction determined to keep a stranglehold on the people by dictating that they dress and act from a time in the past.

Caught in the middle is Anna Hinton, a young woman who wants nothing more than to be left alone. But when a series of events puts her in the wrong place at the wrong time, she’s taken captive by Branthe, a handsome rebel. Anna’s simple life shatters and she quickly finds herself on the wrong side of the law.

Now hunted by the government, Anna turns to the one person she trusts—Branthe. In his embrace she finds the security she so desires. As their passions rise, Branthe reveals a secret that shakes the very foundation of her beliefs.

Will the truth prove too much for Anna to handle?